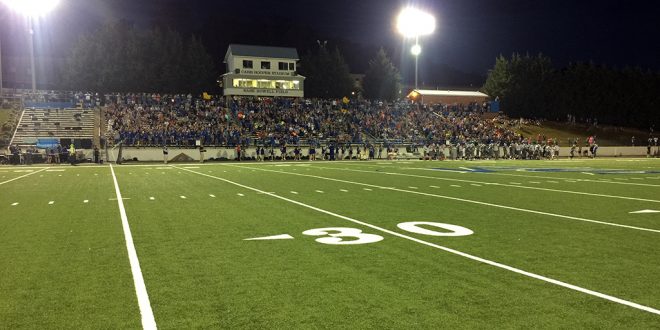 As I mentioned earlier in the week, we’ve now entered the nitty-gritty part of the season, the time of year where conference games count towards who’ll win the league crowns, and where ranked teams will begin to separate themselves from the rest of the ranked teams that are in the hunt for a state championship.  Thankfully, we’ve also reached the point of the season where the weather has finally cooled off, and where we actually feel like we’re watching games during football season, and not during the dog days of summer!

Chris Hughes is the editor and founder of CarolinaPreps.com. A life-long student of the game, he brings a unique perspective of the game from multiple angles, including that of a former coach. His work has been featured both locally and nationally, including FNF Magazine, Scout.com, and ESPN U, and SiriusXM.
Previous Week 8 Schedule
Next Week 8 Scoreboard

The 2019 Associated Press all-state prep football team for North Carolina, as selected by a …