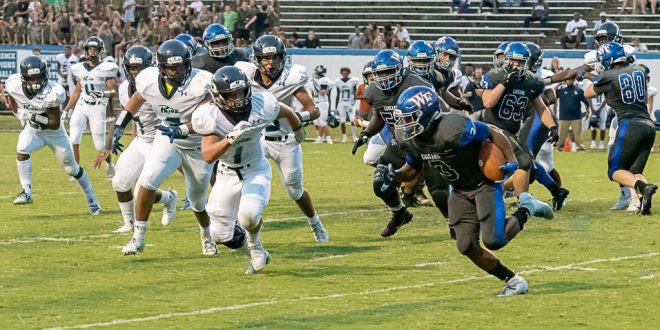 5A classification could be in the NCHSAA’s future

Until the association bylaws are changed allowing a fifth classification, the administrators will begin working on the new model under a 1A through 4A system with an additional 4AA classification.

Once the bylaws are amended allowing for the named fifth class, plans will proceed in designing what the next realignment will look like, which takes effect in 2021.

Click here to discuss this topic in the CP Fan Forums.

Chris Hughes is the editor and founder of CarolinaPreps.com. A life-long student of the game, he brings a unique perspective of the game from multiple angles, including that of a former coach. His work has been featured both locally and nationally, including FNF Magazine, Scout.com, and ESPN U, and SiriusXM.
Previous NCHSAA announces winners of 2018-19 Athlete of the Year Awards
Next Tuscola appeal denied by NCHSAA membership

Andrews steps down at Ashbrook