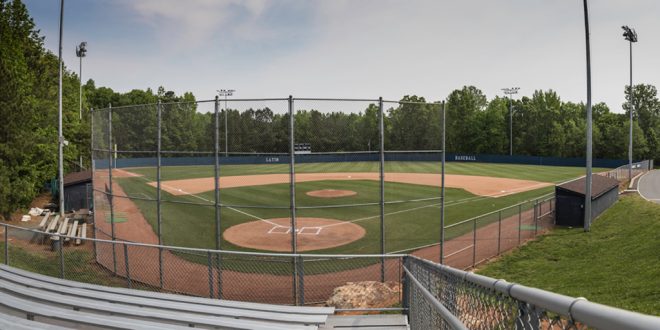 Charlotte, NC, April 29, 2019 – Head Varsity Baseball Coach, Kim Cousar, has announced his retirement at the conclusion of the season. Cousar has been a head baseball coach for 34 years and has led the Latin baseball program since the 2011-2012 school year. He has coached nearly 100 players that went on to collegiate teams, nine players that signed professional contracts, and amassed 460 career wins. The North Carolina Baseball Coaches’ Association inducted him to its Hall of Fame in 2016. In addition to his coaching responsibilities, Coach Cousar has impacted many Latin students through the life lessons he intertwines into the P.E. curriculum as a teacher. He says, “The Latin community is special because it really believes in the core values the school established long ago and has never strayed from them. To be a part of it has been a wonderful experience and I am grateful that I had such an opportunity.”

Out of more than 100 candidates from around the nation, the selection committee has chosen Daniel Cooke as Cousar’s successor. Cooke is a graduate of Independence High School and Gardner-Webb University, where he earned a bachelor’s degree in sports management. He was a two-sport standout, playing football and baseball and earning All-Big South honors in both. In baseball, he appears in the Gardner-Webb record book in numerous categories, including most runs career runs (170) and most career steals (94). Cooke also ranks in the top 20 for career tackles in football. He served as a captain for both teams as a senior and was selected as the Gardner-Webb Male Student-Athlete of the Year.

Cooke comes to Charlotte Latin from Porter Ridge High School where he is the head baseball coach and a physical education teacher. The Pirates are 12-9 going into their conference tournament. The bulk of his coaching career was at his alma mater, Independence High School, where he spent six years as a teacher and head of the baseball program. Cooke’s teams won conference championships in 2014 and 2016, earning him coach of the year accolades.

Athletic Director David Gatoux said, “Daniel’s outstanding track record in building successful programs with enthusiastic leadership and stellar character made him rise to the top of the candidate pool. We are thrilled to welcome him to the Charlotte Latin family.”

“I couldn’t be more excited to join Charlotte Latin and start this new chapter in my life.  It’s an honor to follow a Hall of Fame coach like Coach Cousar and take over the baseball program.  My biggest commitment is to develop student-athletes both on and off the field and I can’t wait to get started.”

Coach Cooke lives in Indian Trail with his wife, Angela, and their 4-year-old daughter Emma.

Previous Next Up: This week’s Shrine Bowl Combine is at Northeastern HS
Next Update: Games needed for 2019-20

Kendra Glover joined me today to talk sports, or should I say lack thereof!  But …