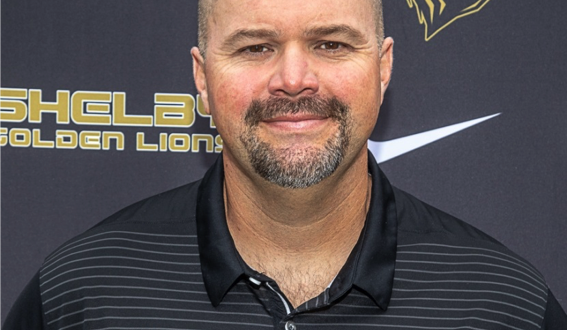 SHELBY – Shelby High School is pleased to announce the hiring of Mike Wilbanks as the school’s Head Football Coach.  Coach Wilbanks becomes the sixth head coach at Shelby High since 1939.

Coach Wilbanks has been married to his wife Lori for 17 years and they have two sons, Carter, a sophomore at SHS, and Eli, a freshman at SHS. In addition to his history degree from Gardner-Webb, Coach Wilbanks is a National Board certified teacher, is a certified athletic administrator and has served as Assistant Athletics Director since 2011.

In addition to his duties as AAD and assistant football coach, Coach Wilbanks also served as head track coach at Shelby High School for eight years and led the Golden Lions to a state 2A championship in track in 2008.

Chris Hughes is the editor and founder of CarolinaPreps.com. A life-long student of the game, he brings a unique perspective of the game from multiple angles, including that of a former coach. His work has been featured both locally and nationally, including FNF Magazine, Scout.com, and ESPN U, and SiriusXM.
Previous An interview with new Parkland HS head coach Laymarr Marshall
Next 2019 East-West All-Star Game Rosters