The game will kickoff at 1 p.m. on Saturday, December 15th at Gibbs Stadium on the campus of Wofford College in Spartanburg, S.C.

The rosters were selected by the 2018 Shrine Bowl coaching staff which is led by head coach Steve Davis of Greensboro Dudley.

Chris Hughes is the editor and founder of CarolinaPreps.com. A life-long student of the game, he brings a unique perspective of the game from multiple angles, including that of a former coach. His work has been featured both locally and nationally, including FNF Magazine, Scout.com, and ESPN U, and SiriusXM.
Previous Week 10 Scoreboard
Next Carolina Preps Top 20 Power Rankings following Week 10 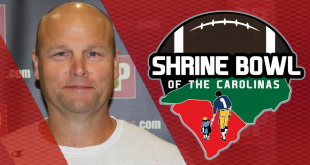