A visit to West Rowan

Mount Ulla – Now that I’ve visited every stadium in North Carolina, and some several times, I decided to make a quick stop by West Rowan to take some new photos of their stadium.  I’ve always enjoyed coming to West, the setting is very much like South Rowan where I went to school, as well as East Rowan and North Rowan.

I’ve played in several games at this stadium and while it has mostly stayed the same over the years, school officials did remove a significant amount of pine trees from around the track and end zone.  Yes, I would have preferred that they leave the trees, it certainly added to the charm of the stadium, but I know that the school has plans to hopefully one day build a field house so lets hope we see construction begin in the near future!

Chris Hughes is the editor and founder of CarolinaPreps.com. A life-long student of the game, he brings a unique perspective of the game from multiple angles, including that of a former coach. His work has been featured both locally and nationally, including FNF Magazine, Scout.com, and ESPN U, and SiriusXM.
Previous Burton Cates steps down as head coach at Lee County (Podcast)
Next Mount Tabor stadium to have new look in 2018 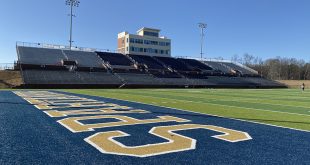 Today I was able to visit the athletic facilities at the new Spartanburg High School, … 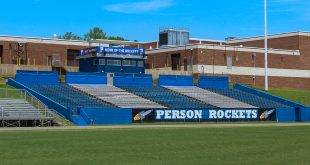